Eduard Folayang gives an encouraging speech for the Youth

With this event, Team Lakay former ONE Fighting Championship Lightweight World Champion Eduard “The Landslide” Folayang was an invited guest speaker for the youth. In mind, Folayang said that his message is all about VALUE and PURPOSE.

“When I am asked what is the secret of Team Lakay why our athletes are strong, my answer is that we treat each other as family, so if one is a part of the family, you need to share, on what you can help the teammate with to become successful on the fights he would face. To me, helping each other is a big part,” pointed Folayang.

He started by sharing the story of his life. He recalls his life in Sadanga, Mountain Province, where he said that his family moved to Baguio to look for a greener pasture.

“Sometimes we need to understand that the ethnicity of ourselves are not in our control, but a sovereign act of God. But despite where we are placed by God, we were given strength, so whatever the circumstances that we face, we will be able to get through it,” iterated Folayang.

He tells that his life was hard growing up. As young as six years old, he already learned selling plastic bags in the public market of Baguio. He needed to do it so he can earn his allowance. When he was in high school, Eduard was drawn to playing Sepak Takraw. By playing, he was able to represent his school, to Palarong Lungsod, to Regional (CARAA) and even up to the Palarong Pambansa.

It came to Eduard thinking, “how about representing the country in the International Arena?”. He was thinking what it would feel like that you’re representing your country into the international scene. It was a good time when he saw an article on a newspaper of two cordillerans winning medals in the ASEAN games, in the field of Wushu. This was the time when Eduard started his career.

“To enroll in a gym, what I did was go with the carpenters and contractors to do ripraps. When I was able to earn enough money, that was the time I enrolled in the gym,” added Folayang.

He started training in Kickboxing and when he saw the opportunity, he trained in the art of Wushu. He joined the Philippine Team during his college years, where he trained in Manila and he recalled how hard it was being away from his family.

“I believe that our existence on Earth is not an accident. God made us for a purpose. We should not see ourselves from the accomplishment of others.” said Folayang.

“Find the purpose given to you by God and live it,” Folayang said, to inspire the youth.

Folayang led to inspire the youth and showed them to value their life, where he said that by finding the purpose God has given them, even if the accomplishment they can find is small, it shows that the purposed value has been found and that God just wants our obedience to do it.

Within his message, Folayang has shown us that our existence is important, that we have a value and by knowing our value given by the creator, have we learned our true purpose – hoping that the new generation, the youth, would walk through and understand. 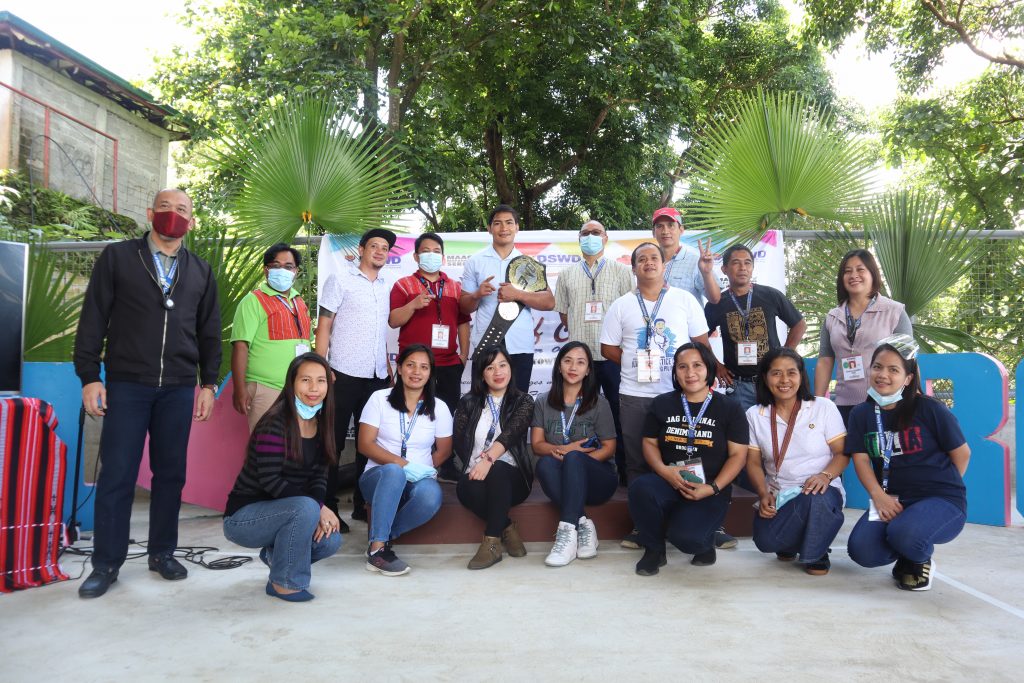