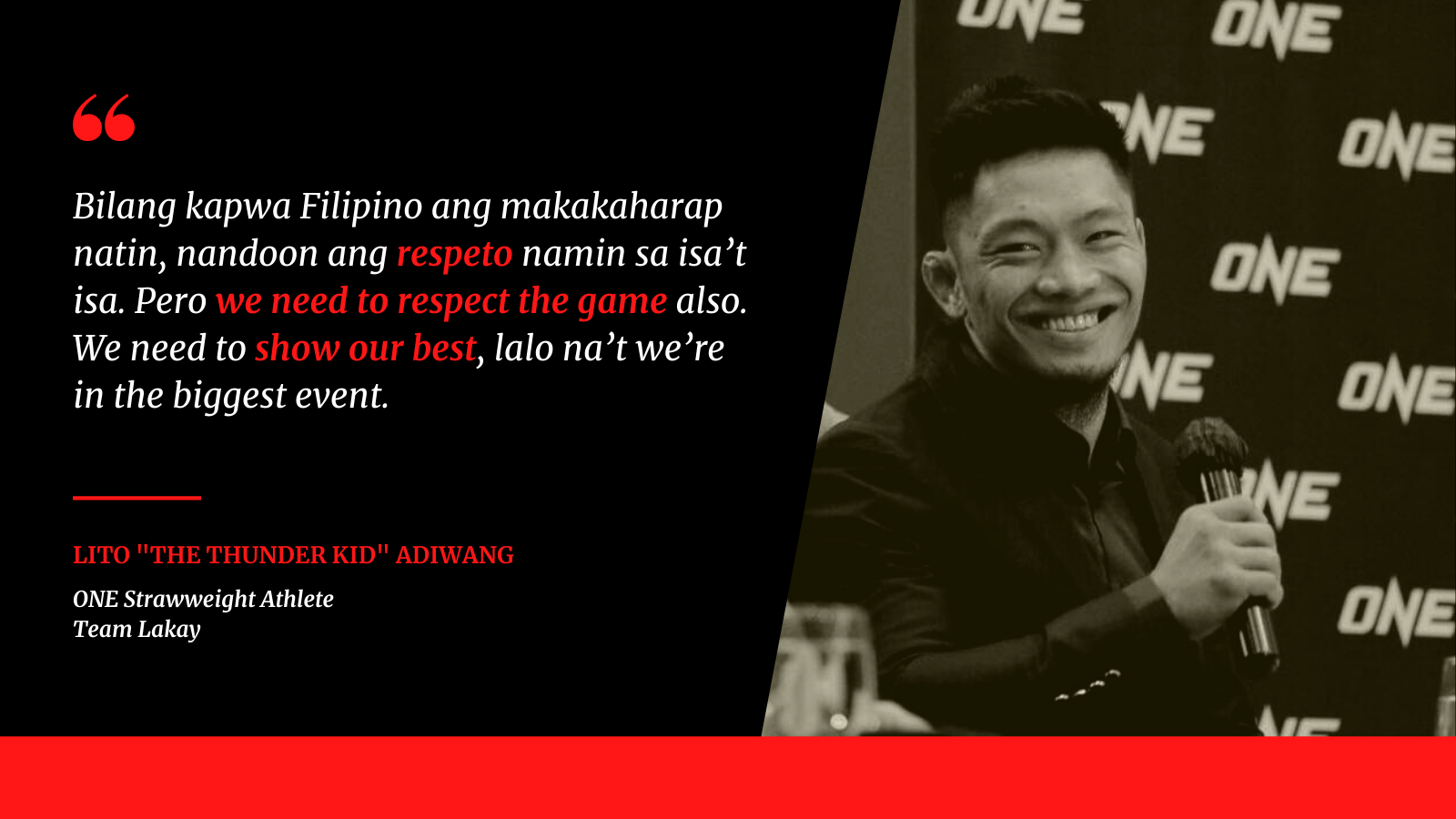 Lito “Thunder Kid” Adiwang on his fight against Jeremy “The Jaguar” Miado: A Fight of Two Filipino Stars

Following the events of the panel, Adiwang is set to fulfill his promise of not holding back on his match against Miado. As much as he prefers not to be matched up against a fellow Filipino from his interview last month upon the spread of the news, he never failed to say that he respects Miado very much as a fighter.

Even though he was skeptical  at first, he also expresses that he is now excited to fight and that both of the athletes should show their best and showcase the talents of Filipino people.

He is also eager to redeem himself from his previous match loss in hopes to make it to the top 5 rankings in the strawweight division. He is motivated as a martial artist and wants to prove himself by pushing his limits and preparing very well for the fight.

Forget the Records, The Most legendary fight of 2022 near: Eduard “Landslide” Folayang vs John Wayne Parr »