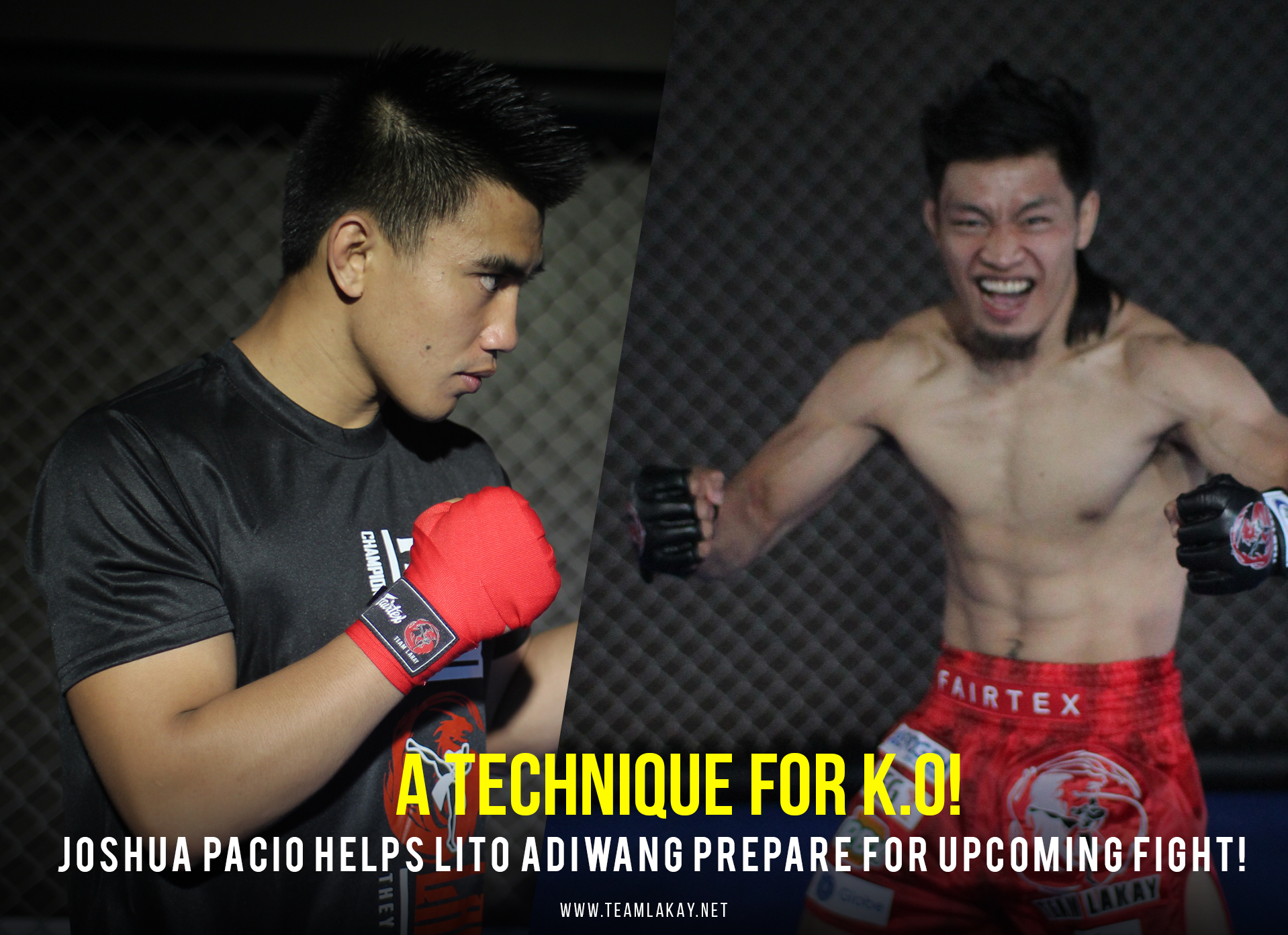 “Lito will pull one of the techniques we’ve been practicing”, says Pacio as he helps Lito Adiwang on upcoming match with Jarred Brooks

A week ago, ONE CHAMPIONSHIP has announced the ONE: NEXT GEN 3 bouts and one of them is the most awaited Lito Adiwang vs. Jarred Brooks card.

While preparing for the fight, ONE Strawweight Champion Joshua “The Passion” Pacio is closely working with Lito “Thunder Kid” Adiwang on many ways to silence the “Monkey God” Jarred Brooks.

After the successful title defense of Pacio and Lito’s victory over Hexigetu, it’s natural for the two to work together to strengthen their grasp on dominating the Strawweight division.

If Lito Adiwang successfully defeats Jarred Brooks, this would be the stopper to what Brooks recently said about Team Lakay and the Philippines in the field of MMA, saying:

A team like Lakay has have been doing it for a long time. I wouldn’t say the Philippines are necessarily behind in MMA but I would say my MMA will prove that nowhere in the world you will find all styles and all arts mutually practiced to make a champion like America has.

Pacio says that he has been working with Lito Adiwang with a few techniques to stop Brooks and he ensures that Adiwang will be pulling some or one of those, and gladly, it being a knockout.

Brooks is expecting that Adiwang will be a challenge.

Adiwang is a great striker has good kicking range, the power is there also. I wouldn’t be in ONE if I wasn’t looking for fun exiting fights that bring the best out of me and Adiwang will bring it out for sure. I’m just exited that I can have the opportunity of beating one of ONE’s superstars in my first outing !

For Adiwang, this is a monumental fight and would cement Team Lakay’s reputation when it comes to the rising and growing sport of MMA. Brooks has treaded a lot of fighting environments, from Pancrase, Rizin, Bellator and to UFC, which a lot laud when it comes to the quality of MMA fighting, saying that “it’s another level out there in the UFC”. As Adiwang threads on fighting Brooks and if he wins, this proves that Team Lakay is not just a one step level or a run of the mill team, it’s there on another level!

Brooks currently holds a 16-2-0 record, with 6 of them from submissions, while Adiwang in 13-2-0 with 7 of them in TKO. This is a battle between a master striker and a grappling wizard.

Let’s keep our eyes open, don’t miss the bout on One: NEXT Gen 3!

The tickets are selling super fast for this amazing fight card! Get yours NOW >>> bit.ly/3PsvEnw——————————FOLLOW US ONLINE: Like and Subscribe to our YouTube Channel “Team Lakay” 👇 for our vlogs, stories and journey. www.youtube.com/c/TeamLakay/Visit our website👇teamlakay.net/And help us grow on Patreon:www.patreon.com/teamlakaymma#OneChampionship #TeamLakay#Championsarenotborntheyaremade ... See MoreSee Less

For Eduard "The Landslide" Folayang, the importance of family in all aspects, should be a priority.#TeamLakay #Family #Motivation #Inspiration #EduardFolayang #Championsarenotborntheyaremade #ONEChampionship ... See MoreSee Less